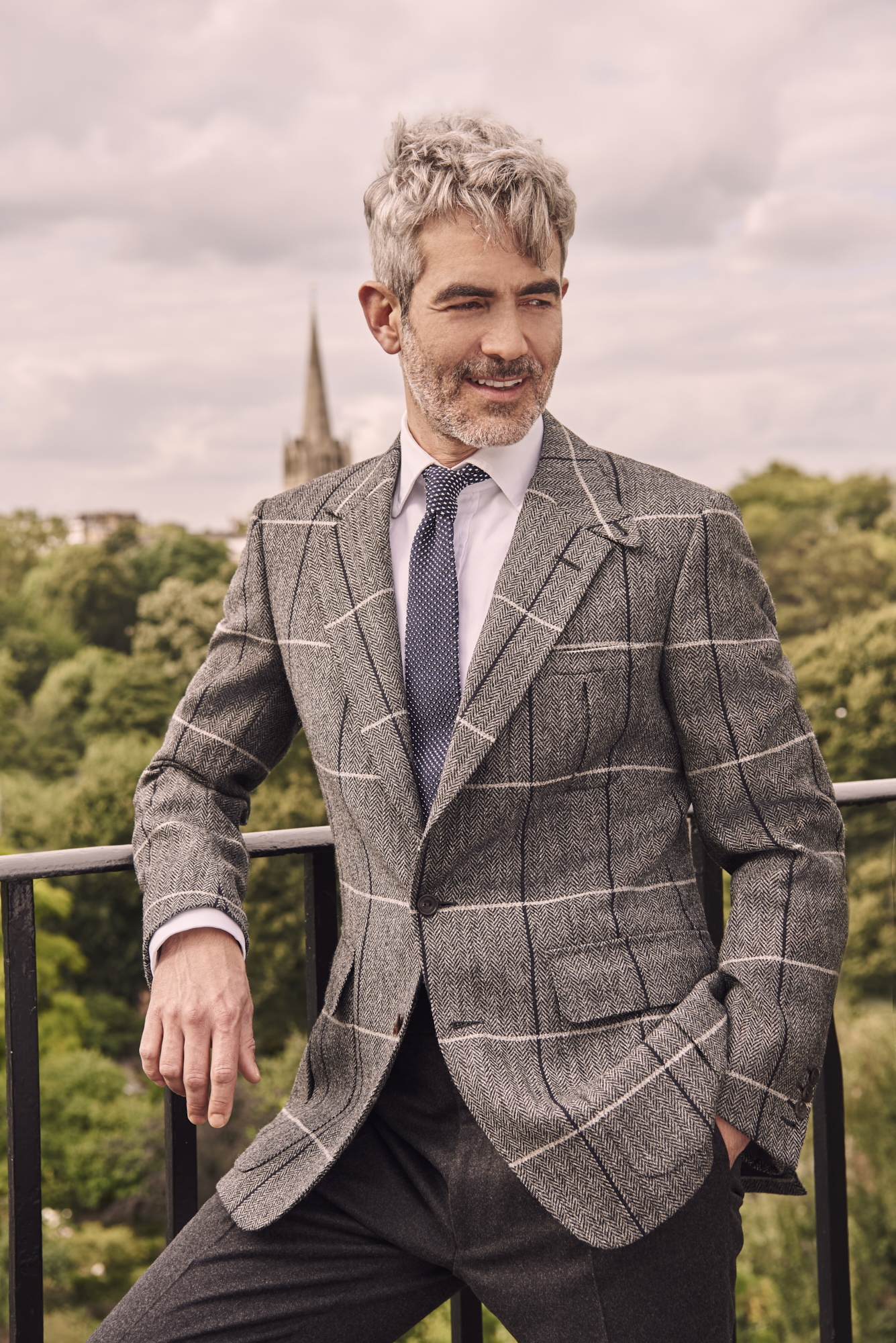 Campbell Carey, Huntsman’s creative director, has imbued the AW16 ready-to-wear collection with the British handwriting that has set Huntsman’s bespoke creations apart for the past 160 years.

All images supplied by Media Vision

One of the highlights of this season’s tailoring is Huntsman’s flannel suit, which is designed in both classic, deep navy and slate grey.

The latter shade celebrates the 60th anniversary of the 1956 film “The Man in the Grey Flannel Suit,” which starred notable Huntsman customer Gregory Peck, whose grey flannel suit was in-fact, designed by the house.

However, the standout design for Autumn is Huntman’s Machir Jacket, a single-breasted sports coat in a windowpane check tweed.

The jacket is named in honour of Machir Bay on Scotland’s Isle of Islay, the home of the mill where Huntsman’s tweeds are woven. Huntsman also introduce luxurious fabrics to the ready-to-wear line that had previously been limited to bespoke.

Completing the collection is Huntsman’s knitwear, which since 2015 has all been manufactured in England alongside accessories for the season such as the pocket squares, in fabrics that span plain white cotton to a monkey print, to celebrate 2016’s Year of the Monkey in Chinese astrology and cashmere scarves. The collection is available instore and will be available online late September.