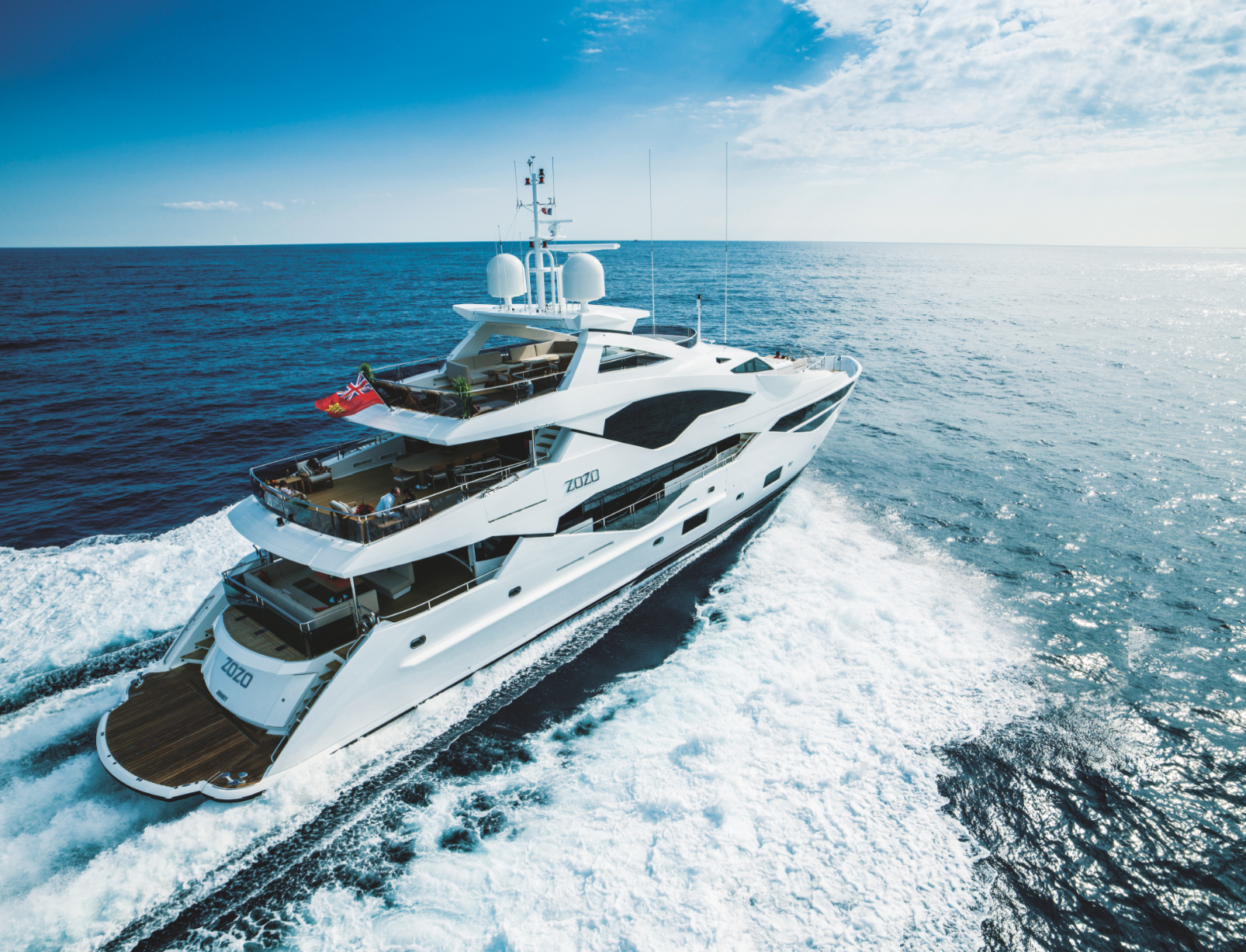 Sunseeker, Britain´s number one boat builder is the world’s leading brand for luxury performance motor yachts, and has recently risen to even greater prominence in the dialogue of the new Hollywood blockbuster Logan.

Sunseeker, Britains number one boat builder is the world’s leading brand for luxury performance motor yachts, and has recently risen to even greater prominence in the dialogue of the new Hollywood blockbuster Logan.

The film by Marvel, released on DVD on 10th July sees Hugh Jackman’s character Logan mention that his dream and driving force is owning a Sunseeker yacht. This brand placement is perfect for Sunseeker, who sells their beautiful craft not just on their reliability, design, and being a great British brand but the lifestyle they can bring you, and in the film is positioned as an aspirational yacht brand and mentioned no less than five times.

For a multimillion-pound film franchise to use the brand in this way is truly significant as it demonstrates the strength of the brand as both a global icon and an accepted ‘generic’ term for motor yachts per say……people instantly recognize the Sunseeker brand more so than any other yacht builder so no further explanation is needed.

Sunseeker was originally named Poole Power Boats, and the company was founded by brothers Robert and John Braithwaite in 1969. The company changed its name to Sunseeker International in 1985 and has since become a global icon, with every Sunseeker the result of an uncompromising
and unmatched approach to design, craftsmanship and performance.

In August 2013 a majority stake in the business was acquired by Wanda Group, the Beijing headquartered conglomerate with strong footprints across China, Europe and the US. Wanda Group is a committed long term shareholder providing strong financial and strategic backing for Sunseeker’s continued growth and success. In January 2015, they appointed Phil Popham as the company’s new Chief Executive Officer.

Logan certainly has a large choice of boats to choose from, there were 5 new model launches in 2016 alone, 4 new models in 2017 and with a new launch planed this year at the Southampton boat show.

From its manufacturing base in Dorset on the south coast of England, Sunseeker employs c.2,200 people and produces around 150 boats every year ranging from 50-155 feet. Demand for the company’s larger models continues to grow year-on-year with more than 100 yachts over 100 feet
in length already delivered. Buyers have benefitted from the company’s ‘bespoke’ customisation service which allow individual customers to personalise their yacht. Working very closely with highly professional dealer representation in over 60 countries, service and product support is
a key priority in maintaining customer satisfaction.

Logan was released in the United States on March 3, 2017. The film received mpraise
from critics and audiences, becoming one of the best-reviewed film in the X-Men
series and being considered by some as one of the best superhero films of all time.

The living area of the Manhattan 52

The Sunseeker range constantly sets new standards and benchmarks. From the dynamic San Remo and Sport Yacht models, through its luxurious Manhattan range, iconic Predator models, and its majestic Yachts range, each Sunseeker is the result of an uncompromising approach to innovative
design and engineering excellence. Never settling for second best, it is this spirit of excellence that has driven Sunseeker to its pre-eminent position in the leisure marine industry today.

Sunseeker is recruiting 170 new skilled staff to support the introduction of several new models planned for 2017. The new roles will be based at its manufacturing operations in Dorset, covering construction trades including Carpentry, Plumbing and Electrical, Boat Building, plus Engineering
trades including Mechanical Engineering, and Composites.