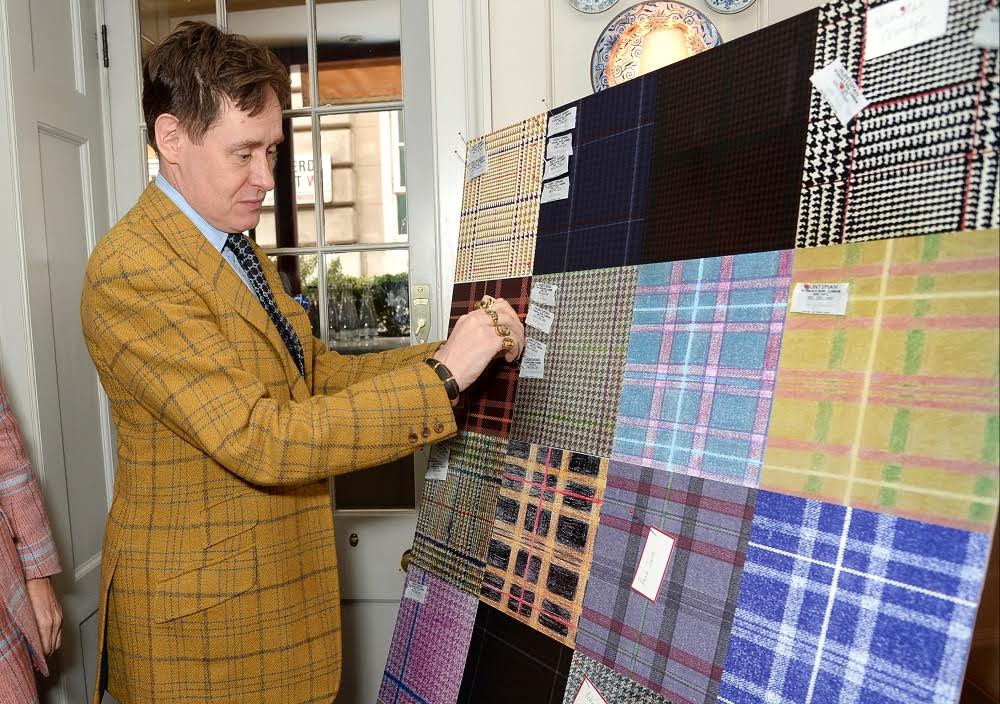 On Wednesday 8th March, 2017, Huntsman celebrated the close of the Huntsman Tweed Competition with a private lunch at 5 Hertford Street, W1.

Huntsman Owner, Pierre Lagrange welcomed guests to vote for their favourite entry and he then announced the winner across Instagram Stories and Facebook Live.

The Huntsman Tweed Competition launched in December 2016 and invited Huntsman enthusiasts to design their own Tweed via Instagram. The competition received over 250 entrants via the hashtag, #huntsmantweed2016

During the lunch, guests then had the concluding task of selecting the final winner from Huntsman’s top 20 finalists. The lucky winner will receive the rare opportunity to win a Huntsman Bespoke Jacket created in their own Tweed design.

Huntsman wishes to congratulate Mark Lorenzen as the Winner of the #huntsmantweed2016 competition.