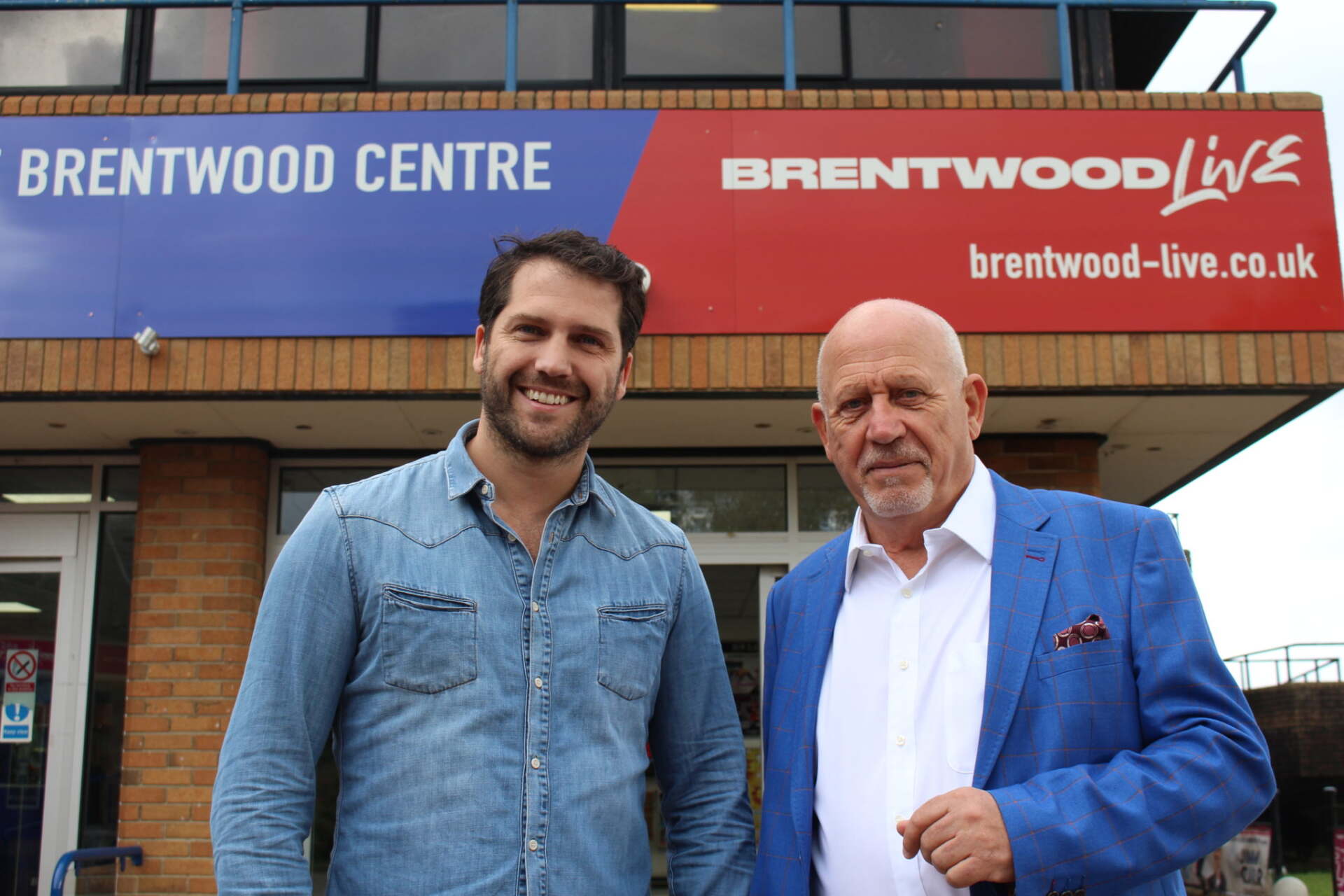 A father and son duo are bringing a galaxy of showbiz stars around the UK entertaining thousands of fans.

Household names like comics Al Murray, Russell Kane and Jimmy Carr will rub shoulders with some of the world’s best known tribute acts like ‘Fastlove‘, which features Joseph Sansome as George Michael and was the biggest selling tribute show in Europe last year.

Entertainers, Michael and James’s company, is now becoming a household name with shows in every major theatre in the land, with shows such as The Magic of Motown, You Win Again and A Tribute to Amy.

And James, who has also established Brentwood Live as the premier entertainment destination in Essex, said: “It’s amazing because I’ve come full circle – my father brought the Four Tops and the Temptations to the Brentwood Centre when I was just 4-years-old and he took me along. Now 30 years on I’m the person putting on the shows.”

The dynamic duo have pumped over half a million pounds into renovating the former Brentwood Centre with state of the art display screens, lighting, tech, updates to the venue and advertisement boards showcasing the upcoming shows and now partnering up with Eventim, Europe’s biggest ticket agency.

They recently celebrated a string of sell out shows including A Tribute to Amy at the Queen’s Theatre in Hornchurch, Essex, and Fastlove at the Orchid Theatre in Dartford, Kent.

Michael said: “The skies the limit! We are really excited for the future of Brentwood Live and bringing the venue back to its former glory.”

The success has now spread to America with the sellout Fastlove USA tour starting earlier this month (October) in California.

Harold Hill, born Michael, now 69, said: “The transformation of our business is truly amazing. Since James got on board we have shot up from doing 200 shows a year to 1000 and we are now sending shows all over Europe and to America and Canada. Fastlove for instance has sold over 170,000 tickets in 15 different countries.

“I’ve always known that James was a talented actor with a love for music but seeing his creative side in creating the ‘Fastlove’ show and his promotional skills to match has been a revelation.

“Thanks to his hard work the company I set up singlehandedly back in 1994 is now the biggest in the country in the tribute show space and now with our first venue, Brentwood  Live, bringing entertainment back to Essex is really exciting for us, creating jobs and giving people somewhere to go and see shows and performers in there local area.”

As a teenager James was the resident DJ for West Ham Football Club, later spun discs at the exclusive Shoreditch House before embarking on an acting career in New York and Los Angeles, starring alongside Gabrielle Union in hit BET show Being Mary Jane,

James, who is now based in Canary Wharf, added: “The last three years have been like a whirlwind and I’m working 24/7 but loving every minute of it!

“Our company ethos is to bring high quality, affordable shows to local venues across the country.

“Dad and I work non-stop to create the shows we do and keep all the plates spinning. We have taken tribute shows to the mainstream and they are classy, stylish and full-on productions.”

Later this month (November) the Entertainers host the 65th anniversary tour of soul legends The Drifters with a handpicked line-up and the “pub landlord Al Murray on November 30th.