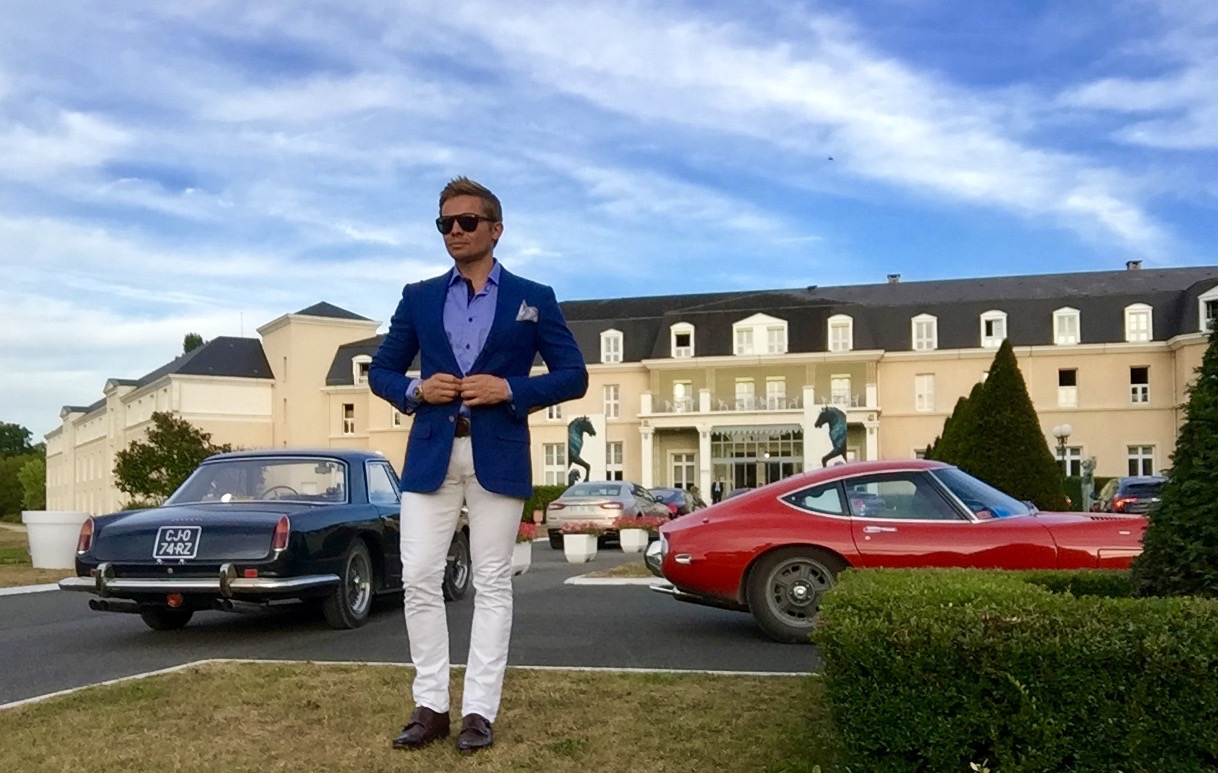 James from Luxury News Online will feature on a two hour chat show this week on SOHO’s independent, online community radio station – the biggest internet radio station in the World.

As luxury living and the thirst for aspirational luxury shows no signs of stopping, SOHO radio will host a 2 hour chat show on ‘Indiraa’s Open House’ this week and will delve into the world of luxury, with guests James W Phillips from Luxury News Online, Dame Emma Jane Brown from world renowned EJB events and luxury handbag designer Susannah Hunter.

This will be a lively and fascinating chat show with a valuable insight into the world of luxury lifestyles and those involved at the very heart of it!

Soho Radio is furiously independent, championing brand new talent and Soho legends daily. New and innovative radio is our specialty, drawing on the stations amazing community to steer clear of the usual and bring our neighbourhood to the world.

Based on Great Windmill street, SOHO Radio welcomed guests like Public Enemy, Stephen Fry, Mark Ronson, Steve Cropper and Harry Shearer through our doors, with a new face stopping by every day.

Indiraa, a UK based singer-songwriter who spent most of her early years in India. At 57, Indiraa goes against our expectations of women trying to break into the music industry. She’s only been around since 2012 having resolved to finally achieve one of her life-long dreams to become a prominent musician.

Although she had experienced many life troubles, these only gave her more resolve to chase her dreams. Sadly, Indiraa is 57 and proud of it. She’s certainly not your average dance diva. Indiraa has been a national tennis player, a pilot, and even a fitness instructor in her colourful life. She boxes daily in her new home, which she has also extended to create an urban farm. She’s even gained first-class degrees in Psychology and Statistics and a place at Law School.

She proves that it’s never too late to chase your dreams and unlock your potential.

Through Indiraa’s new show ‘Indiraa’s Open House’ she will be able to open up every women’s eyes to things that have been dismissed as no longer possible, she will also address various issues and help raise awareness and spread the relevant message.

All about SOHO Radio

London’s  Soho Radio has been crowned the best internet radio station in the world.

Soho Radio, which was launched two years ago, was  nominated top station in Europe and was voted by a panel of judges to be the best in the world, coming out ahead of  entrants from South America, North America, Africa, Asia and the Middle East.

Co-founder Adrian Meehan said: ‘We are delighted to be awarded overall Best Online Radio Station.We have only been broadcasting since 2014, so we are so grateful for all the support of the listeners who make Soho Radio what it is.’

‘All the presenters and the team at Soho Radio give us their utmost dedication to create a station that is a joy to be a part of.’

Delighted Dan Gray, also a co-founder, said: “This is an exciting time for Soho Radio, and 2017 is going to be a big year for us.

“ We plan to keep expanding, with some projects soon to be announced, and we are continuing to broadcast at some amazing events, such as Bestival and the Lagos Jazz Festival.”

Presenter and music journalist Pete Paphides said:“It’s my best case scenario of what a radio station should be; no playlist, just a load of music fans left to their own devices. It’s the only radio station that looks like a radio station from my childhood dreams.”

Soho Radio is a  independent online radio station, broadcasting street-side in the heart of Soho. It hosts an eclectic mix of music and DJs,  such as Pete Paphides, Norman Jay MBE, Ghostpoet, Gary Crowley and Eddie Piller on their roster.

A spokesman from Mixcloud said: “This year’s overall winner for Best Online Radio Station is the incredible Soho Radio!’

“ Congratulations to all the presenters and staff who put their time and effort into creating such a fantastic station, and well done to all of the sub category winners.”

Tune into something different

Fostering independent voices, breaking underground acts and a must visit for big-label stars, Soho Radio is true voice of the Soho community.

Soho Radio is true street-side radio, broadcast from the heart of Soho in Great Windmill Street. Located next to Paul Raymond’s famous Windmill Club and opposite the new Firmdale Hotel, Soho Radio also houses its very own coffee shop with an ace barista.

Grab a flat white and watch the presenters as they deliver independent, community content live from the shop floor.

‘We’re driven by a passion for radio, not ad breaks. That’s why you won’t hear any on Soho Radio, and you won’t get copy/pasted set lists that commercial radio stations offer, either.’

So listen in at: http://www.sohoradiolondon.com/member/indiraas-open-house