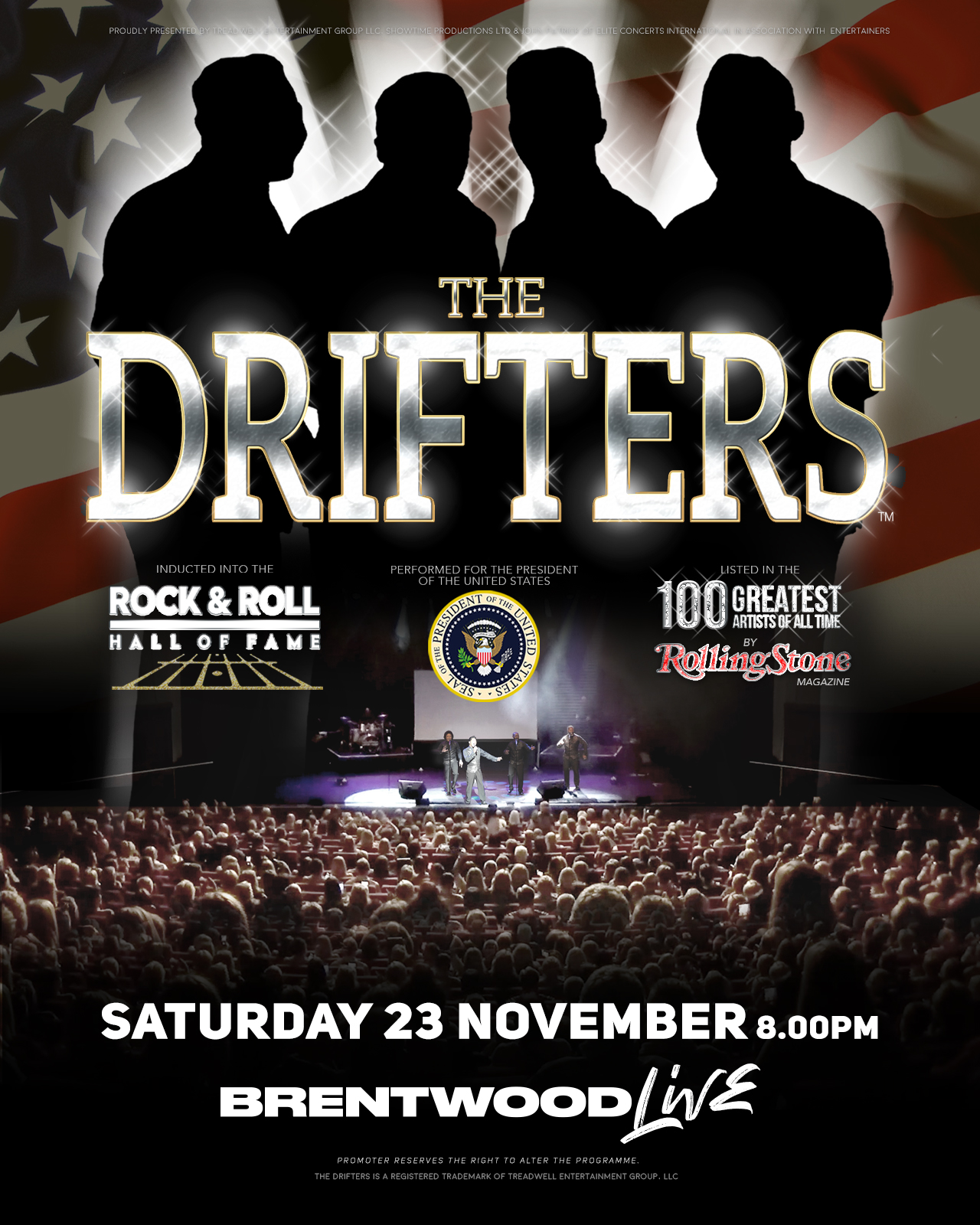 The Drifters will be back on tour in the UK with a brand-new show performing all their classic hits from the last six decades.

Following their phenomenally successful recent tour, which included dates at London’s Royal Albert Hall and Arenas around the UK, they’ve added further live shows for 2019 including one night only at Brentwood LIVE on Saturday 23rd November.

The legendary group have previously been inducted into the Rock & Roll Hall of Fame, listed among the greatest artists of all time by Rolling Stone magazine and have produced an incredible list of hits – including; Saturday Night at the Movies, Come on Over to My Place, Stand By Me, Under the Boardwalk and many, many more!

Following their 65th Anniversary year, The Drifters are back on the road with a line up hand-picked by Tina Treadwell herself – President of the Treadwell Entertainment Group and owner of The Drifters name.

Tina’s father started the group with Clyde McPhatter and brought in several greats thereafter such as Johnny Moore and Ben E King.  Her mother Faye was later responsible for bringing the group to the UK and overseeing hits such as More than a number and Kissin’ in the back row.

After the passing of her parents, it was down to Tina to continue the legacy of The Drifters name.  Now, following the group’s 65th anniversary year in which Tina announced a brand-new show with over 60 UK tour dates, the band have continued to add further 2019 UK tour dates due to phenomenal demand, along with further international tours and other projects, soon to be announced.

Tina, who previously worked for Disney as an executive producer and casting director, believes this current line-up is one of the best to date and looks forward to the upcoming concert tour.  “I am very excited that following our 65th anniversary year we have a new show for the fans who we invite to join us in celebrating this incredible and everlasting story of The Drifters.”

See The Drifters live at Brentwood LIVE, Saturday 23rd November. Tickets are available via the official tour website thedrifters.co.uk or at brentwood-live.co.uk/drifters or call the venue box office on 0207 492 1540.