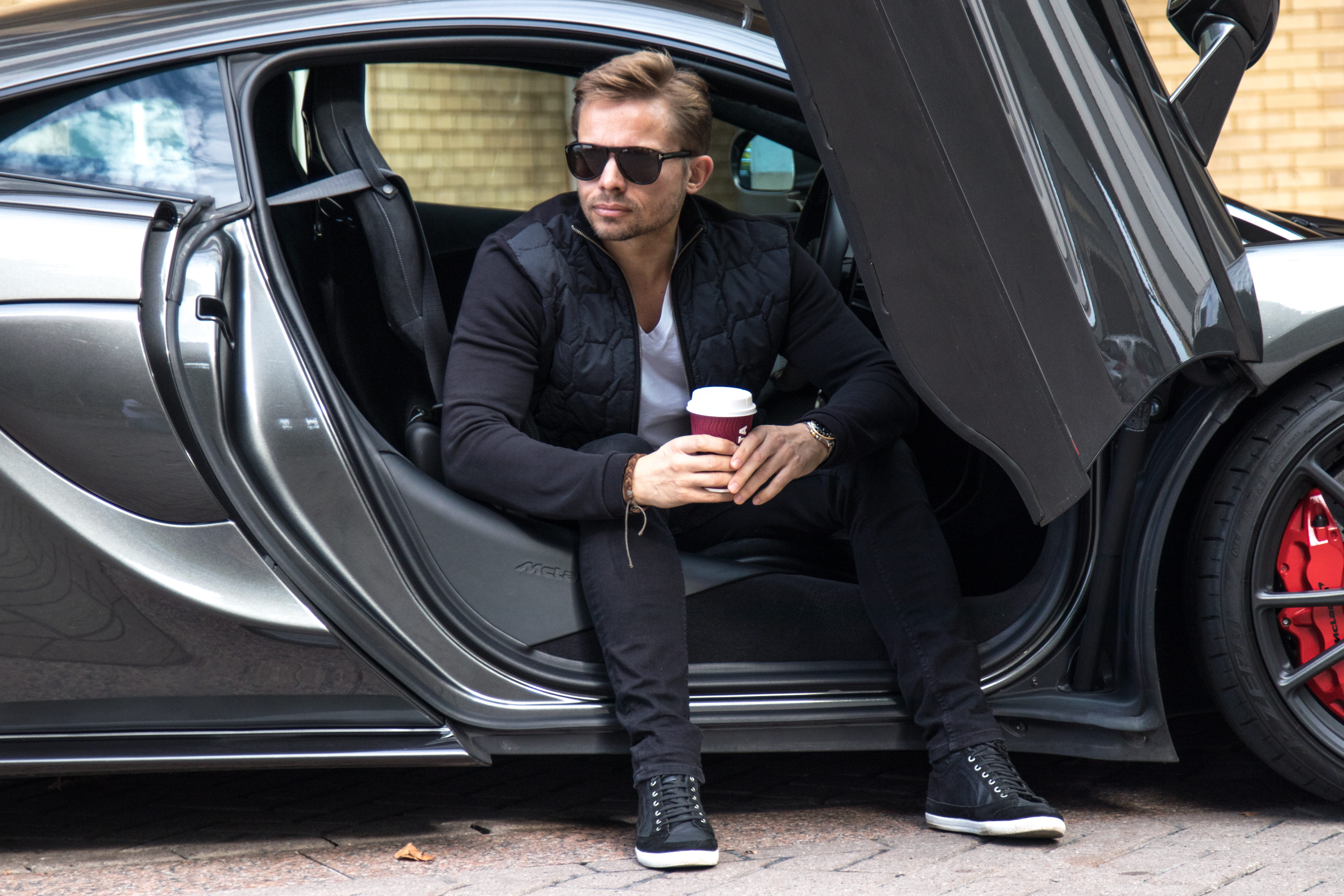 Negotiating the speed cameras and security guards around London always requires full concentration, and even more so at Canary Wharf, London’s financial district.

The area makes a superb backdrop for a super-cool shoot with James’ McLaren 570s this weekend before he jets off to Monaco to a celebrity launch party for his magazine Luxury Life International on the 31st at Adamas Beach, Monaco at Le Meridien Beach Plaza with Club Vivanoa.

The 570s is an epic machine, full alcantara and carbon interior ‘it takes off like a jet plane!’

Stopping anywhere to take shots, is a quick affair, as you get asked to move on by security so it was ‘the quickest shoot I have ever done’ says James but the skills of his photographer, David Connelly (Insagtram: @dconnolls) paid off and ‘we soon had some great shots in the bag thanks to David!’ The security guards were more interested in the car than James being a security risk and were delighted to hear the engine revving and have a chat with James in-between shots.

While David set’s up the next shot, he captures James updating his Instagram (@james_w_phillips)

The photography and video will be used for publicity for James in the coming weeks, he was also snapped by a photographer hiding behind a pillar, maybe the news has picked up on the success of his magazine and his possible TV appearance next year – you will need to stay tuned for that!