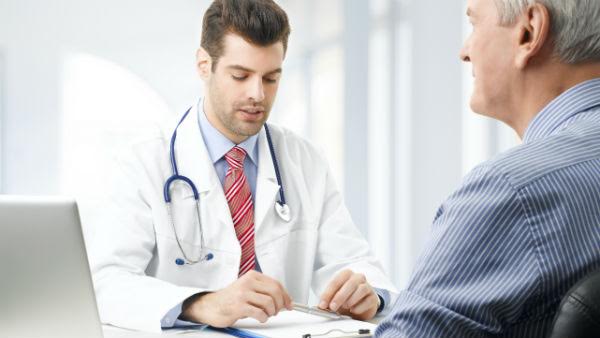 Doctors from Cairo University, in collaboration with International Andrology (IA), are close to finding a treatment for erectile dysfunction that will restore the sex lives of millions of men, it was revealed today.

International Andrology, which is headquartered in London, has supported this international clinical trial in association with experts from Cairo University Medical School.

This follows two small pilot studies undertaken earlier this year by IA and Cairo University with early findings published in the Journal of Sexual Medicine.

Nearly 50% of men who received a 50ml injection of Botox, (botulinum toxin type A, the active component of Botox) as opposed to a placebo recorded significant erectile satisfaction, 25% were able to complete full penetrative sex

All men involved in the study were severe and end stage erectile dysfunction and had no ability to perform sexual intercourse.  In such cases the only option currently available to them is a costlypenile prosthesis (surgical silicone implant).

Mr. Amr Raheem, who is leading this ground-breaking research and recently presented early findings at two major international medical conferences in China and the US said: “Erectile Dysfunction affects half the male population at some point in their lives and causes misery for millions of men.

“It is believed that the smooth muscle relaxation and increased blood flow to a man’s penis from a Botox injection could help him to maintain an erection and may last for up to 6 months. This offers a lifeline to both men and their partners and avoids costly surgical procedures. We are optimistic about the full trial results and hope to be offering the treatment at International Andrology London in early 2018.”

Full results will be available in September this year. For further information contact Melanie Faldo: melanie@redcarpetcommunications.org

International Andrology (IA) is a world leading organisation of highly qualified physicians and surgeons who have played major roles in the development and improvement of modern surgical techniques in the field of men’s sexual and reproductive health.

In addition to utilising the latest evidence-based medicine and technologies to deliver the best medical and surgical treatments, the clinic also provides counselling, nutritional advice and lifestyle support.

International Andrology has clinics in London, Greece, Dubai and Italy is a member of International Andrology (IA) worldwide, an international collaboration network of leading practitioners. IA doctors are experienced Urologist-Andrologist surgeons and have played major roles in the development, co-development or improvement of many modern surgical techniques currently standardised throughout the world as well as pioneering holistic treatments covering a broad range of men’s health issues.

For decades, the misery of erectile dysfunction (ED) has affected half the male population at some point in their lives. Behind this widespread and humiliating symptom there may be a number of diseases which all have a direct effect on male sexual performance. Once hormonal imbalances, diabetes, neurological issues and depression have been eliminated and the problem is diagnosed as mechanical, the traditional treatment options have been either drugs, shockwave therapy or the radical surgical intervention of a penis implant. The operation is costly, on average in excess of £15,000 and recovery can be painful.